The Roxx Tour continues and although the first 6 months at the Blagclub has ended the good news is that the fabulous trio Kam, David & Forlan have found a fantastic hidden gem of a venue, the Code!

Housed within the infamous Chinawhite just a stones throw from Oxford Circus from 19 September for 3 months.  The concept is a “backstage” den, this time with a later license and a banging sound & lighting system; expect the usual Roxx revelry, but it has just got a whole lot more debaucherous!

These clever boys, a team of best friends who just love to party have now partnered up with the Code, whose owners include Tyrone Wood, son of legendary guitarist Ronnie Wood, as well as being supported on this project by major club brands Chinawhite and Libertine

The boys have amped it up big time so expect a melange of House & Rock music, laced with live entertainment some pretty cool street art, an interesting elevator adventure and a whole lot of fun

Tyrone Wood was just arriving as I was hopping into my car to head back “Hillside”, after all a girl needs a few hours beauty sleep before her next adventure

Get your Roxx on and meet the Roxxstars 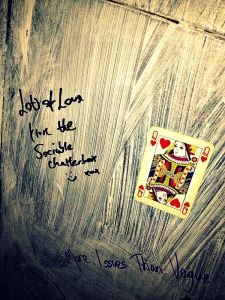 Through a lens deeply...

The Art and Craft of Blogging

The latest news on WordPress.com and the WordPress community.

Le Cool | What is on in London, things to do this weekend

Get lost in translation and fall in love...

the home of the iddy biddy knits